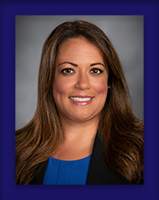 Farmington Hills senior attorney Rana Lange recently obtained a favorable result in the Michigan Court of Appeals, securing the reversal of a lower’s court’s denial of summary disposition. In Michigan Ambulatory Surgical Center v Farm Bureau Gen. Ins. Co. of Mich. ___ Mich App ___; ___NW2d ___ (2020), the Michigan Court of Appeals considered whether a settlement agreement provision that barred the insured from entering into any assignments of her benefits in the future is valid and enforceable. The trial court denied the insured’s motion for summary disposition, relying on Jawad A. Shah, MD, PC v State Farm Mut. Auto. Ins. Co., 324 Mich App 182; 920 NW2d 148 (2018) in support of its ruling that anti-assignment clauses are void as against public policy. In a 2-1 published decision, the Court of Appeals reversed the lower court, and found that Shah was inapplicable to the facts of Michigan Ambulatory. Specifically, the Court found that the analysis in Shah relied entirely on Roger Williams Ins. Co., v Carrington, 43 Mich 252; 5 NNW303 (1880), and more specifically, on a statute that was not cited or otherwise identified and was decided nearly 100 years before the enactment of the no-fault scheme. However, the facts of Michigan Ambulatory did not present the same public policy concerns as implicated in Shah and Roger Williams. Ultimately, the Court of Appeals held that the anti-assignment provision in the settlement agreement does not contravene any portion of the no-fault act, and does not violate any public policy. Congratulations on your success, Rana!