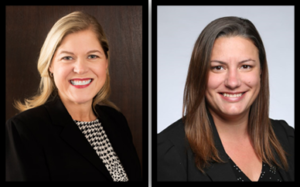 Chicago, Illinois – Tara A. Ryniec and Brianne L. Scott successfully defended a school bus company and its driver before a Grundy County jury in a case involving allegations of inappropriate behavior between two minors. The plaintiff’s demand was $1,000,000, and the case settled at trial for a confidential amount. Once the trial had concluded, the jurors expressed that they were highly impressed with the defense, and that they were unlikely to award the kind of verdict the plaintiff was seeking. Congratulations to Tara and Brianne on their outstanding result and satisfied client.