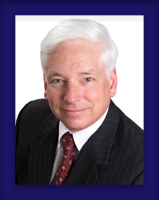 Congratulations to Henry W. Austin for securing another great trial result! This was an admitted negligence, rear-end automobile accident involving three vehicles. The plaintiff was in the front vehicle that sustained minor impact with photos showing very little damage. The plaintiff was reportedly asymptomatic before the accident, and her doctor related her shoulder injury requiring surgery to the accident. Henry argued that the plaintiff’s claim of trauma to her shoulder in the accident was implausible and that she told conflicting stories about how it happened. Plaintiff’s counsel asked for $191,000 in closing argument, while Henry recommended awarding $16,000 for an uncontested minor cervical strain, but nothing for the shoulder. The jury came back in under an hour and awarded only $14,500.