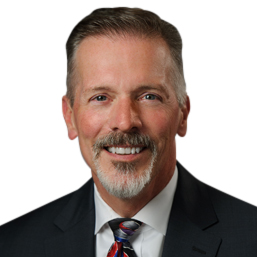 Rob Hickey represents companies and individuals in the defense and resolution of a variety of liability claims, including property damage, personal injury, home insurance claims, and wrongful death. He defends, litigates, and resolves trucking liability claims throughout the State of Kentucky.

In over twenty-eight years of legal practice, Rob has participated in more than one hundred jury trials and has taught trial practice techniques to attorneys. Although he is an aggressive litigator, he maintains a client-centered and result-oriented approach to effective and efficient claim resolution. In addition to a successful trial practice in state and federal courts, he has successfully argued appeals before the Kentucky Court of Appeals and Supreme Court, as well as the United States Court of Appeals for the Sixth Circuit.

Rob regularly provides rapid response services and is available 24 hours to protect the legal interests of truck drivers and trucking companies immediately after a major loss. He has presented educational seminars to trucking organizations, insurance companies, and third party administrators. Rob has authored numerous articles for local, state, and national legal publications. He was formerly a felony prosecutor in Kentucky who led the Fatal Accident Support Team, focusing on vehicular assault and homicide prosecution. In addition, Rob has been Martindale Hubbell™ Rated AV® Preeminent™; this is the highest possible peer review rating in legal ability and ethical standards.