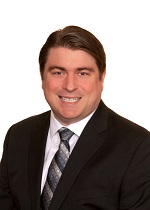 Since the Michigan Supreme Court issued its opinion in Covenant Medical Center, Inc. v. State Farm Mutual Automobile Insurance Co., ___ Mich. ___; 895 N.W.2d 490 (Docket No. 152758) (“Covenant”) on May 25, 2017, lower courts and the litigants before them have encountered many questions about how the decision applies to pending no-fault provider cases. One of the fundamental questions was whether the Covenant decision should be applied retroactively to pending no-fault provider cases. Trial courts throughout Michigan have lacked uniformity on this question and have looked to the appellate courts for further guidance.

On August 31, 2017, the Michigan Court of Appeals answered that question in the affirmative and held in a published opinion that Covenant shall have retroactive effect. This decision will be decisive in many no-fault provider suits throughout Michigan. In W.A. Foote Memorial Hospital v. Michigan Assigned Claims Plan, et al., ___ Mich App ___; ___ N.W.2d ___ (Docket No. 333360) (August 31, 2017) (“Foote Memorial”), the Plaintiff hospital had appealed a grant of summary disposition in the Kent County Circuit Court. During the pendency of that appeal, the Michigan Supreme Court issued its decision in Covenant, which prompted the Michigan Assigned Claims Plan to seek immediate consideration and request leave for supplemental briefing in light Covenant. The Court of Appeals granted those motions and accepted the parties’ supplemental briefs.

After a lengthy discussion of the development of federal and state jurisprudence concerning retroactivity, the majority opinion of the Court of Appeals analyzed the Covenant decision. The Court accepted the Plaintiff’s position that Covenant’s remand to the trial court for the entry of summary disposition alone was not dispositive. However, the Court of Appeals also noted that the Michigan Supreme Court had remanded two other cases for reconsideration in light of the Covenant decision. The Court of Appeals interpreted those actions as indicating that the Supreme Court did not intend that Covenant should be applied prospectively only.

The Court of Appeals then looked to Spectrum Health Hospitals v. Farm Bureau Mutual Insurance Company of Michigan, 492 Mich. 503; 821 N.W.2d 117 (2012), in which the Michigan Supreme Court overturned an earlier judicial interpretation of the no-fault act. In that case, the Court held that the decision was “retrospective in its operation.” The Court observed that Spectrum Health “returns us to the foundational principles” set forth by the common law commentator Sir William Blackstone. The Foote Memorial court then quoted Blackstone, who wrote, “For if it be found that the former decision is manifestly absurd or unjust, it is declared, not that such a sentence is bad law, but that it was not law.” In other words, the Court wrote, the Court of Appeals decisions that Covenant had overruled were not “the law” and afforded medical providers no right of action under the no-fault act.

The Foote Memorial court then concluded that its result would be the same under the usual analysis for deciding retroactivity under Pohutski v. City of Allen Park, 465 Mich. 455; 795 N.W.2d 797 (2010). That case calls for an affirmative answer to the threshold question whether a decision “clearly established a new principle of law,” followed by a three factor test that calls for an analysis of “(1) the purpose to be served by the new rule, (2) the extent of reliance on the old rule, and (3) the effect of retroactivity on the administration of justice.” Id. at 696. The Foote Memorial court recognized that the question “is a closer one” if the threshold question is bypassed and the three factor test is analyzed. However, the court still would have found prospective application unwarranted under the three factor test.

Ultimately, the Foote Memorial court held that Covenant shall be applied retroactively and remanded the case to the lower court with instructions to permit Plaintiff to amend its complaint to assert another viable theory of recovery. In the present climate, it is likely that many no-fault provider cases will survive by virtue of an executed assignment of rights. However, where a provider has not been able to procure a valid assignment from its patient, the Court of Appeals has directed the trial courts that such cases may not proceed.