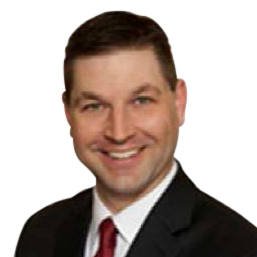 John W. Tomasik is a partner who has been practicing law in Michigan since 2004. He has extensive experience in both civil and administrative litigation focusing on the defense of employers, insurance companies and self-insureds in the workers’ compensation arena throughout the state of Michigan. John is well versed in the defense of school districts, hospitals and municipalities. He also has vast experience in the manufacturing, transportation and retail industries. John also regularly conducts seminars for adjusters and claims specialists on Michigan Workers’ Compensation law throughout the country.

Additionally, John represents one of the nation’s largest grocers defending its workers’ compensation matters. John is both an aggressive and effective litigator as well as a strong voice for his clients during facilitations when early resolution of a case is most desirous.

John is a graduate of the University of Michigan and Michigan State University College of Law. As a student, he served as an intern at the Michigan Department of Attorney General. Born and raised in Sterling Heights, Michigan, John currently lives with his wife, Kate, along with his son and daughter in West Bloomfield, Michigan.