Congratulations to Raed L. Abboo and the Michigan Trial Team! 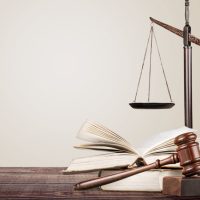 Congratulations to Raed L. Abboo, Attorney for Kopka Pinkus Dolin in Farmington Hills, Michigan on the recent ruling involving a joint custody order and the domicile of a minor. The Michigan Supreme Court ruled in favor of Kopka Pinkus Dolin’s client in a MACP case, denying an application for leave to appeal the published decision that was obtained in the Corbin matter.

The Court of Appeals agreed that the Workman-Dairyland analysis is needed to determine the domicile of a minor who is subject to a joint physical custody order. Abboo appealed the circuit court order and demonstrated the legal analysis required by Grange and preceding cases. In a published decision in the Corbin case, the Court of Appeals clarified the standard, consistent with established domicile principles, which Abboo presented in a legal brief. It was explained that the issue of domicile in this context was clearly and unambiguously established in Corbin, Grange, Workman, Dairyland, and long-standing precedent, and that grounds for review by the Michigan Supreme Court had not been established. The Michigan Supreme Court agreed and denied the application for leave to appeal.

In Corbin, the Michigan Court of Appeals held as follows in its published decision:

With that in mind, we hold that the trial court needed to look beyond the order of filiation to determine plaintiff’s actual domicile, as the order of filiation was not dispositive. To do so, the trial court should have reverted to the traditional multifactored analyses from Workman v Detroit Auto Inter-Insurance Exch, 404 Mich 477; 274 NW2d 373 (1979), and Dairyland Ins Co v Auto Owners Ins Co, 123 Mich App 675; 333 NW2d 322 (1983), to determine plaintiff’s domicile. See Grange, 494 Mich at 497 n 41 (“The Workman-Dairyland multifactored framework comprises the one now commonly employed by Michigan courts when a question of fact exists as to where a person is domiciled.”).

Had the custody order granted one parent physical custody over the other at the time of the accident, the trial court could look to the custody order to determine domicile, pursuant to the holding in the Grange case. Also noted in Grange, the unusual and very rare event that a custody order grants joint physical custody and 50/50 equal parenting time, then the domicile of the minor would switch back and forth depending on who the minor was with at the time of an accident, for purposes of coverage under the No-Fault Act.

Therefore, according to the Corbin decision, where a custody order provides joint physical custody, without an equal 50/50 prescription for parenting time, the custody order is not dispositive of the issue, and an analysis of the true and fixed residence is required under the Workman-Dairyland multifactored framework.

Attorney Raed Louay Abboo is a Trial and Appellate Attorney at Kopka Pinkus Dolin and specializes in the defense of litigated matters on behalf of insurers, individuals, and corporations in matters involving personal injury and insurance coverage. You may contact Mr. Abboo at (248) 324-2620 and at RLAbboo@kopkalaw.com with any questions.