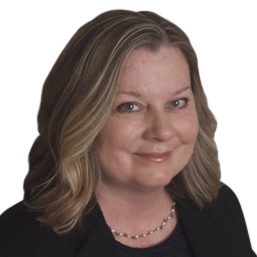 Judy A. Pippin concentrates her practice on the defense of worker’s compensation claims throughout the state of Indiana. Judy brings to Kopka Pinkus Dolin, over 20 years of experience in a variety of areas of insurance defense, general litigation, and worker’s compensation.

Judy is a former Deputy Attorney General where she defended State Agencies in Worker’s Compensation cases as well as represented the Worker’s Compensation Board’s Second Injury Fund. Although she has developed a primary focus on the defense of worker’s compensation claims, Judy is adept at representing clients in all stages of the litigation process related to the first and third party insurance defense. This includes the preparation of pleadings, discovery, motions, comprehensive opinion letters, status reports, as well as preparations of all aspects of cases for trial.

Judy has been a frequent speaker on the handling of Indiana Worker’s Compensation at various legal education seminars and for claims representatives, TPAs, and self-insured employers.

Judy received her J.D. from Indiana University School of Law at Indianapolis, and attended a semester of law school in Shanghai China as part of the international studies program. During her last year of law school, she became the Associate Articles Editor of the Indiana International and Comparative Law Review. She has published two articles, one in the International and Comparative Law Review, entitled The Ancient Chinese Secret: A Comparison of Chinese and American Mediation. Judy’s second article was published in an Indiana Law Review, entitled Recent Cases in Worker’s Compensation Law.

Judy is a member of the Indianapolis Bar Association, and the Indiana State Bar Association. She is a faculty member at Marian University, where she teaches paralegal classes, including civil litigation. Judy is admitted to practice law in the State of Indiana, the United States District Court for the Southern and Northern Districts of Indiana. In her free time, she volunteers for the Neighborhood Christian Legal Clinic and serves on the Board of Directors for Beacon of Hope Crisis Center.