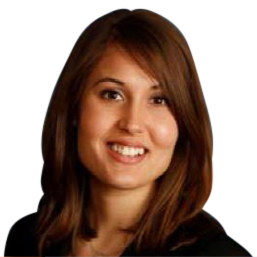 Jaime R. Llorens focuses her practice in worker’s compensation, representing employers, third party administrators, and insurance companies throughout the State of Indiana. She also has experience in general liability, premises liability, wills, and trusts, as well as a focused interest in transportation, employment, and business law. Jaime frequently presents to claims representatives, TPAs, and self-insured employers on the handling of workers’ compensation matters in Indiana.

Jaime regularly practices in front of the Indiana Worker’s Compensation Board. Aside from receiving many defense awards at the single hearing member level, she has also negotiated several favorable settlements for her clients.

Prior to the inception of her legal career, she was employed as a case manager at a social services agency. During law school, Jaime was the law clerk for the Honorable Jeffery Dywan. She also externed at the Cook County Public Defender’s Office, homicide investigation unit, in Chicago and at the Lake County Public Defender’s Office in Crown Point.

Jaime enjoys giving back to the community and currently sits on the board for a local homeless shelter, Interfaith Community PADS.